It seems that my schedule has been a little too hectic to stop and post a blog after every concert and/or trip. But, I’m home sick today, feeling pretty crappy, so I have a second to catch my breath and recap at least a few of this month’s happenings.

November was the month where I had something planned for every weekend – but two of those plans fell through. Was supposed to go to Amsterdam to see Billy Idol. I had my flight booked and everything but I didn’t go due to jetlag after visiting Madam X in Detroit and also battling a slight flu. Something had to go.
The next weekend however, I was on a plane to Milan, Italy to see Billy Idol. I met up with my friend Ania and had a great time in Milan. Also met Daniela (nice name! ;) ) who follows this blog, it’s pretty amazing how you meet people from all over the planet that you have something in common with thanks to the internet. :)

The venue was very cool, apparently it’s mainly used for techno-dance events, stuff like that, but it was a perfect concert arena with a light show you don’t usually see elsewhere. Billy was amazing as always, and Steve Stevens is simply the coolest guitarist there is. What a perfect combo.

The weekend after that was supposed to be Metal AllStars-weekend in Leipzig and Berlin, Germany. Once again, flights, hotels and the whole works, booked and planned… but the whole thing had been postponed until 2015… At first I wasn’t sure if I should cancel my trip once again, but then I thought – I never do the “tourist thing”, why not take the opportunity to go and just enjoy not having anything planned at all, just go with the flow.

It was the right decision. I ended up going to Neues Museum and the Nefertiti-exhibition (I love anything Egyptian and if there is a museum with an Egyptian exhibition in the city I go to, I try to go). I also managed to find the Halford rock cafe. Of course, it was closed when I got there but at least I kind of visited it. :)

Spent my Sunday walking around at the Christmas fair at Alexanderplatz, which was pretty amazing with all its unique foods and drinks, the Glühweins, the smoked salmons and all kinds of “wurst”.

I finished my Sunday in the TV tower where I had reserved my VIP table with a guaranteed window-view. You can see all of Berlin from up there and it rotates, so you REALLY get to see every corner of the city from up there. The food was fantastic too. I ordered a glass of slightly more expensive red wine than usual, but I figured that since I was deprived of a good concert, I might as well comfort myself with a glass of nice wine. :)

A few days ago I was invited by my friend Maj-Louise to the Pretty Maids annual Christmas concert at Vega in Copenhagen, Denmark. That was a great gig, that band always delivers.

Another nice surprise was that they invited a guest on stage, mr Soren Andersen. That guy has played with everybody. Last time I saw him was at the Marshall 50 years of loud show in London, sharing the stage with Yngwie, Paul Gilbert, Zakk Wylde, Joe Satriani – the whole creme de la creme of guitarists. He’s played with Mike Tramp, Glenn Hughes, Joe Bonamassa – you name it. So that was a cool surprise.

December will be a quiet month though. Then in January, I’m off to Detroit again and Madam X.

Like I mentioned in my last blog, I’m not even in the band, but I’m really happy and excited to see how well their comeback has been received. 6000 views in about a week and not as much as one “dislike”, that’s pretty rare and says a lot!

The song is great, the video rocks and we’ll see what comes next. It’s different with this compared to most bands, this is a band that gets a second chance after so many years, and it just seems that the timing is perfect because the songs are better, the musicianship is better, everything is simply better than it was before, so this will be great to follow.

Just got home from Detroit (….rock city) and a great trip, eventhough there were some little mishaps, but all in all I had a great time!

I finally – FINALLY managed to catch Rob Zombie this year. My god, I’ve had the worst luck this year when it comes to that. Show in Rome was cancelled, show at Sweden Rock I missed because I had to do another interview and yeah, basically, I figured I’d give it ONE last shot. If it didn’t work, then I would have to listen to the Universe that was trying to tell me something!

I drove to Saginaw from Detroit early in the morning and it was a beautiful, warm and sunny day. Once I got there, I got in line and was among the first 20 people. Everything seemed great, yes it’s boring standing in line but listening to the two teenage girls in front of me was entertainment enough. ;)

At 7, they started letting people in. It was an outdoor gig, general admission, no seats. So, I really had to get in the front to even see anything. I handed over my ticket to the lady and continued on my way – I just wanted to get to the front row. She was shouting after me – “ma’am! Your ticket has been refunded!”

Uh…say what? NO, it has NOT been refunded, I came over here from SWEDEN to see this show! Are you kidding me???

I had to go to the box office across the street, where the lady was very nice, but oh so slow… Took forever before she got her shit together. She couldn’t explain why I had had problems with my ticket and gave me a piece of paper with a stamp on it, to use as my ticket. Sweet…only, I could forget about getting in the front. Once again I was Zombie-screwed. :-//

Other than THAT – the show was amazing! It was absolutely worth the trouble and the trip, Rob Z knows how to handle a stage and a crowd, and the whole band is fun to watch. I loved it.

Not that many bands around nowadays that put up a real SHOW like that, it’s awesome. Zombie himself moves like a cat across the stage, has total control of his body and his stage presence, it’s a total treat!

Drove straight back to the hotel after the show, couldn’t WAIT to get into the jacuzzi. I had booked a room with a jacuzzi, been to Target earlier in the day to get some bubbles and spa-products to just spoil myself. After a day in the sun and the dust it would be a perfect way to relax and unwind before getting some sleep.

But the Zombie-spell continued. The cardreader on the door didn’t work, I couldn’t get into my room. It took them a while to figure it out, they said they had never seen that before. Why, of COURSE….

I finally got in, took that tub, listened to nature sounds that I had on my laptop and just drank life like an alcoholic! :)

Slept like a baby. The next morning I checked out and headed back to Detroit where I was supposed to meet MADAM X and listen to some new songs in the studio where they’re recording.

What I’ve heard so far is great, I absolutely love it!! I was really looking forward to meeting Maxine as well, especially since we discovered that we’re “almost twins”. We were born on the same day, the same date – and the exact same TIME! A few years inbetween but everything else is exact, it’s unbelievable! There has to be a purpose, so it was great to meet the lady!

The band’s creative force Chris “Godzilla” presented new music, new songs, new ideas, showed the studio and told the story about The Return of Madam X‘ – along with Maxine of course!
It’s all on VIDEO and as soon as it’s been edited, it’ll be up here and on YouTube for you guys to enjoy. It’s a pretty funny and spontaneous interview and studio report, you’ll love it. :)

Also met Kevin Sharpe, who’s producing the album – an old friend who’s been a fan of the band as well for many years. After all, Madam X is the pride of Detroit. ;) We were even interrupted by an eager and excited fan who pretty much had little twinkling stars in his eyes when explaining how much he LOVED Madam X and what an honor it was to meet them – and his friend, who was right outside, would also drop dead if he could just meet them…! 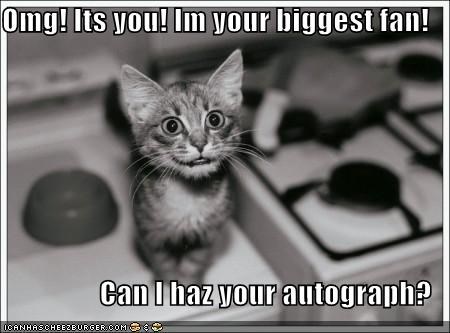 There is something about that band that makes people remember them and admire them, even all these years later. Some bands simply HAVE that star quality and Madam X is one of those bands. It doesn’t even matter if you like them or not – most people remember or have heard the rumors!

Got myself a goodiebag with Madam X-merch, which is absolute luxury cause I remember what it looked like at the merch booth at Sweden Rock back in June. Two guys almost got in a fight over the LAST Godzilla t-shirts! The stuff was flying off the shelves and I never got anything, but I saw people walking around with those shirts all over the festival area. Save the 80’s! Hell yeah.

Now I got it delievered, personally and all, I’m honored. :D

Two short messages from the ladies and gentlemen for you all:

Kevin Sharpe, producer of the upcoming Madam X-album, shares his thoughts about the new record:

And me…I’m off to my next adventure – GUS G & MATS LEVÉN acoustic in Ioannina, Greece!

See you all soon!