I’ve been “on the road” most of the week and not had much of a chance to post anything of any substance – and suddenly there are so many things to write about, not only my own impressions of the week. So, I will leave the Ozzy-shows for now and just focus on the news that have shocked the world of rock the past few days.

Another rocker down, taken by the Demon Alcohol – Jani Lane (Warrant). Died alone in a hotel room, found with a bottle of vodka and undisclosed pills…. The death of a rock star? What really IS a “rock star” I wonder?

Jani hasn’t been a “star” since the heydays of Warrant. For the most part, people have been making fun of him, just like they still do with for instance Poison or other “uncool” bands. It’s not until they’re not around anymore, that suddenly all the mockers and bullies start crying about how terrible it is that a person died way before his time.

Yes it is a tragedy. But how much did people really care while he was still alive?! It’s beginning to bug me, how hypocritical some people can be. They jump on a bandwagon, start sharing memories, when they didn’t really care at all while the person was still alive and breathing.

I’m not going to sit here and pretend like I haven’t said some pretty bad things about some “stars” over the years. Some of it has been my job – cause believe it or not, ever since I got started as a 18-year old in the world of tabloids and music mags that are trying to sell extra copies on sensationalism, we’ve been encouraged to be mean. It’s “better reading”, we’ve been told.

It’s more entertaining, people want filth. They want what’s shocking. They want the dirt. Being a good person sticking to your morals doesn’t sell newspapers or magazines. So you do what you’re told at the expense of somebody who…”deserves it”, because he or she was stupid enough to become famous.

My point is that we’re all a part of the problem, and maybe it’s time that we all looked in the mirror and started asking ourselves if we really like what’s looking back at us.

Sebastian Bach posted something that the readers of Blabbermouth have commented on as “not being written by Baz” because “he doesn’t have that vocabulary”. What difference does it make – it’s very well written and he’s got a good point. Here’s Sebastian’s post:

People have been asking me about Jani Lane & I really don’t know what to say. Picturing him by himself in a Comfort Inn in Woodland Hills with a bottle of vodka & a bottle of pills is so typical of what a rock musicians life actually is. It is a life marked by extremes. Extreme attention from people you don’t know, while all the work & travel takes you away from those you actually do know.

Playing to thousands of people & then going back to your hotel room & shutting the door. When the door shuts… the quiet is the exact opposite of the volume of the concert. The solitude of the empty hotel room becomes the diametric parallel of the adulation of strangers. For some, the bottle of vodka or whatever becomes a friend that is always there for you while others come & go.

Yes I have felt these emotions myself. If you see me going head over heels over a girl, it’s because all I have ever wanted is to have a girl to love & share my life with, & for the one I love to be with me wherever I’m at, travel with me to distant locales & stay in nice kick ass hotel suites & have fun & sing & dance & see the world. But so far this is a fantasy. Just like Jani, I spend most of my time alone in a hotel room dreaming of a girl I love who is somewhere else. I bet Jani Lane felt exactly what I feel. How could he not?

I remember decades ago being invited to Janis house for a barbeque, which we went to. But Jani didn’t show up. So I spent the afternoon with Janis dad cooking burgers & steaks & having a wonderful day with his family.

My condolences to his family & especially Janis children who now only have memories of their dad to hold on to. That is truly heartbreaking.
Let this be yet another lesson to tell someone some kind words sometimes… before it’s too late… while they are still alive. I can guarantee Jani Lane would not have anticipated everyone coming out of the woodwork extolling the life & times of Jani Lane. Which is why he probably died alone. In a hotel room. With his only real friend…that killed him in the end.

I think it’s very well written… Drugs and alcohol are to blame for so much misery. But let’s not forget that even the “lonely musicians” DO have people around them who care, but who are just not being let in – who are not being allowed to care.

I’ve dealt with addicts as well, and it’s very, very hard, it drains you. They don’t realize what their actions are doing to other people. I could think of a million things but the bottom line is that being the friend of an addict requires a lot of strength. Sometimes you feel like you want to give up, yet you don’t because you CARE… Don’t expect to get a thank you for sticking through the worst of times, because in the mind of an addict, they are alone – even if they do have people who want nothing more than to be there for them through thick and thin. The parents of Amy Winehouse said the same thing – they tried everything, but they couldn’t get through to their daughter.

Jani Lane had children. He was loved.

His death is a tragedy, just like the loss of so many others who have lost their lives to drugs and alcohol. But in all of this, maybe it will also make people stop for a second and think.

My thoughts right now are all over the place. I wasn’t a fan or Warrant and I didn’t know Jani. But I am concerned about what his death symbolises, as it’s not the first and unfortunately, not the last. How many more will have to lose their lives before the stupid rock’n’roll lifestyle becomes UNCOOL? People still think it’s “cool” to get piss drunk on a regular basis, because it’s “rock’n’roll”. It’s NOT. It’s more rock’n’roll to have the balls and the character to say no.
Some get high on various substances that they THINK they are in control of. They’re not. If they were, they wouldn’t need them – at all.

Maybe Jani had “a few drinks” because he needed to “relax”. Little did he know that it would end this way. My thoughts go out to his friends and family… And I hope his death, and the loss of many before him, will not be in vain. 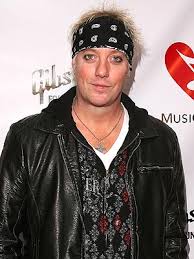