Drove up to Halmstad yesterday – which is a little less than two hours from Malmo where I live, to see ex-Firewind singer Apollo Papathanasio do a one-off gig with his very first band CRAZE. A kind of reunion type of thing.
He had mentioned it on the phone a few days ago, otherwise I wouldn’t have known about it as it wasn’t a gig that’s been largely advertised, especially not outside of Halmstad.

The venue was pretty cool, it was an old shed that hosted a fairly big stage (for that type of venue at least), and quite a lot of room for the bar and the crowd as the two “rooms” were separated. Great place.

When Apollo walked in, he was immediately surrounded by friends and fans. I finally got a chance to “dig through” the crowd of people to say hi, and he was truly glad to see me. Only had time to chat for a minute or two, before the first band was due on stage.

When Apollo said that it was a band of “young guys” I thought he meant guys in their 20’s. Instead, what entered the stage was…. 3 KIDS! :) I’m not kidding, three boys in their early teens (I heard they were around 14). And the little dudes freaking KILLED it! Wow, I was sincerely impressed.

They played like they had been in the business for 30 years! There was the unmistakeable youthful passion, but they also had the elements of an established, experienced band, which is a rare combo.

Usually when you see young bands, they are simply ripping off their idols, and not doing it very well either. THESE guys let their influences shine through clearly, while at the same time, they weren’t copycats, they were doing their own thing with a refreshing sense of confidence without any arrogance.

How they managed to achieve that unusual balance at their very early age, I have no idea, but I do hope they get a break and get more gigs or maybe even a record deal. If any unsigned band that I’ve seen lately deserves it, these young boys sure as hell do!

I didn’t take pics and I didn’t film it, unfortunately, I wish I had. That’s what you get when you expect nothing and you get absolutely blown away! Oh yeah, they were called PARADISE CRUE. Probably a name you should remember. :)

[Found somebody else’s video of the guys on YouTube, from some band contest that they won]

After the “little dudes” it was time for CRAZE to hit the stage.

I had no idea what to expect. Had only heard two songs from a vinyl single that my friend Janne Stark (fellow journalist, guitarist and author of the Encyclopedia of Swedish rock) played for me last time I was there. I knew it was 80’s type of rock but that’s about it.

And considering that Apollo admitted they hadn’t had lots of time to rehearse, it could turn out to be pretty much anything, so I was simply curious!

The first great surprise was that Apollo was playing the guitar as well this time! Awesome! And, he wasn’t standing in the middle, where I would have expected a lead singer to be – he was on the left side of the stage.

When they started playing, I just SMILED. Not because it was Dream Theater-perfect, a few minor mishaps but it was also what gave this gig a charm and honesty. Perfection is not always so charming, this shows that even super-experienced musicians are human, like the rest of us, haha! :)

I loved the songs – I adore Apollo’s voice. I have since the first time I heard him, I’m a total sucker for those Tony Martin type o voices, very masculine, dark and edgy – true rock’n’roll.

Great harmonies, and most of all, there was no question that the band was having fun on stage, as well as the crowd. The energy in the room was just so positive, it went straight to your heart! :) That’s what it should feel like when you go to a show.

YES, I filmed it. :) But out of respect for Apollo, I won’t publish any of it without his consent. So, I hope he will give his blessing and you’ll hopefully get to enjoy it soon enough. :)

But for now, just a little AUDIO-clip from one of the songs. Please be aware that I was standing so close to the stage that the sound is basically from the stage monitors. So, if something sounds like crap, it’s not the band, it’s the position of the camera/microphone. They finished their set with a cover of KISS “Love Gun” – love it! :))

I’m more than happy that I went to Halmstad yesterday, I loved the show. Apollo is a great artist, with some frontmen you just can’t go wrong. :) 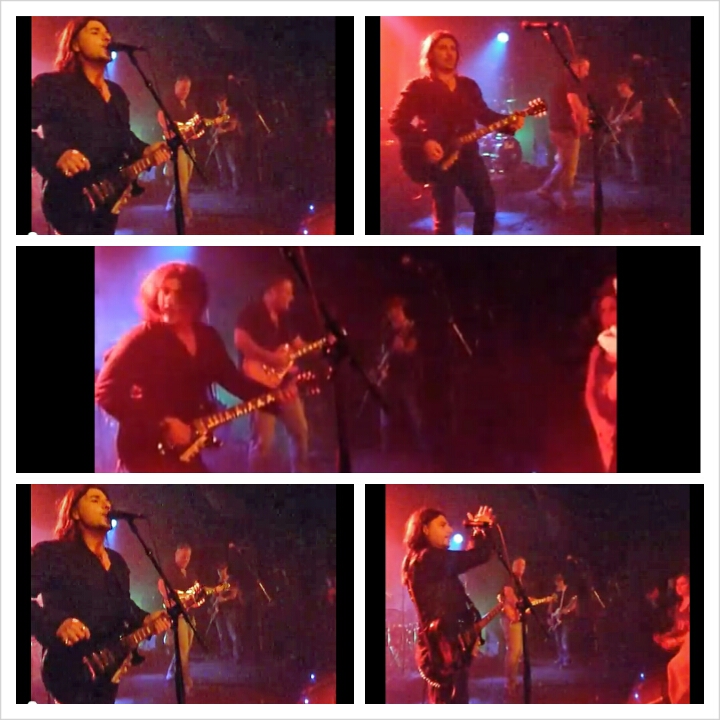