The journey to the next destination, Helsinki, started very early in the morning from Tampere central station. I had a good night’s sleep and was ready to face another long day of travel and finding my way around new places…

The train was modern, clean and very comfortable. It had free WiFi and it almost felt like the trip was too short when I finally arrived in Helsinki.

It was nice and sunny (still cold, but at least sunny) so I decided to walk. The hotel was a 30 minute walk from the station. It was nice to see a little bit of the city that way. My impression of it was that it was very colorful. Bright colors on some of the houses, nicely painted pillars under a bridge, just nice sights. 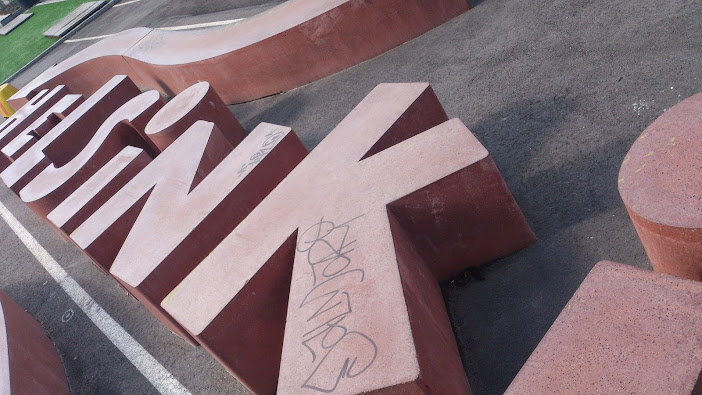 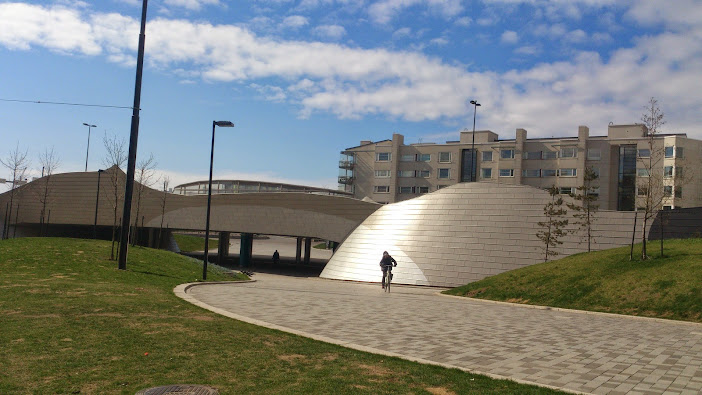 I had booked the hotel that was closest to the venue, a SAS Radisson hotel. Hopefully that will get me extra SAS points (already got 4 free flights this year thanks to those points).

Very impressive lobby but once I got to my room, it wasn’t anywhere near the size or class of the Scandic hotel I had just enjoyed in Tampere. The bathroom was so tiny, you could barely get in or out, and forget about having anywhere to put your tooth brush or anything else. I wasn’t impressed. Not for THAT room rate. But hotels are often like a box of chocolates, you never know what you’re gonna get. 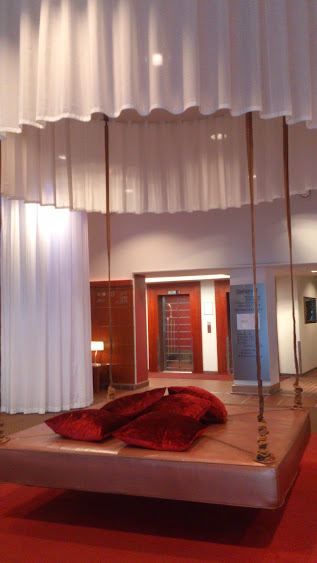 I spent a few hours just relaxing and then decided to go for a walk to check out the surroundings and find the venue.

It was really nice, right by the water. But, once again – damn it was COLD!

I found the place, and it looked cool. They had this huge banner on the building with the names of the artists that were playing – among those Gus, Marty and Steve Vai apparently. :) Not bad, Helsinki…! 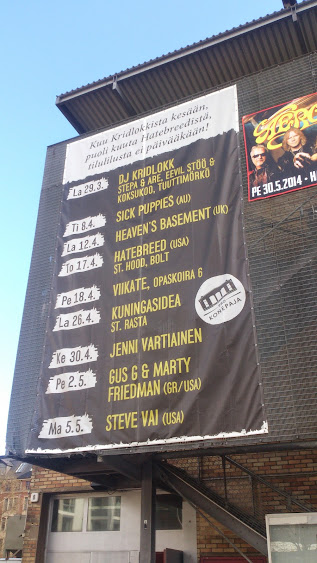 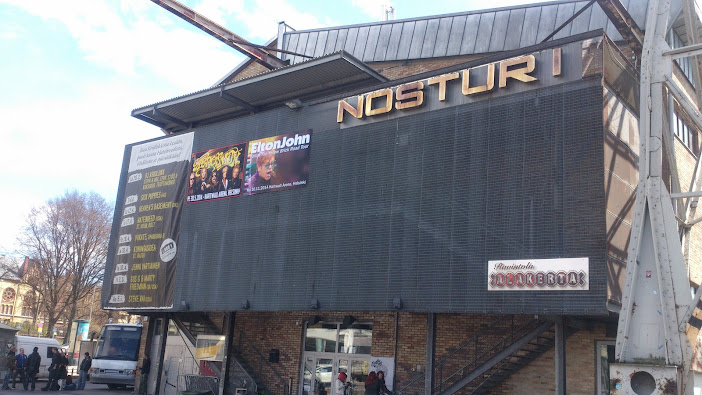 A few young girls were outside giggling and having blankets with them along with a blasting radio. Didn’t look like your typical Gus or Marty-type of crowd. It was more what I would expect from a sleaze- or glam band. As it turned out later, I was right. There was an opening act that night that WAS exactly an 80’s type of sing-along band. And the girls were in front screaming with their home-made piece of sheet with the name of the band on it. Just like back in the good ol’ days! :D

This time I spent pretty much all day at the hotel, except for a short stroll I took to find something to eat and once again stumbled upon a McDonalds. Another funny thing THERE was that the guy who served me at McDonalds, showed up at the gig later. Who would have thought, he didn’t look like a rocker at all. :)

But I was afraid I was going to catch a bad cold in that horrible weather, and since I hadn’t been in touch with anyone to be let in before the doors opened, I just went in the very last minute so that I could just walk RIGHT in and not be outside more than necessary.

The Helsinki crowd was a good rock crowd, they were providing the energy for the band to feed off and send right back to them. :) Just the way it should be.

Enjoy a few pix and clips from it here to make up your own mind about the gig – I thought it was great as always. :)

I don’t know if it was bad air conditioning there or if I was just tired, but I didn’t see all of Marty’s show, I went back to the hotel and grabbed a French hot dog at the gas station on the way.

Not a very “happening” day in Helsinki, compared to some of the other places I go to, but in the end – it’s all about the music anyway. I’m not a tourist and probably never will be.

Once again, went to bed at some point after midnight to be in shape for the next destination: Stockholm

[Stockholm blog coming up in a few hours]