Today is Saturday – and in exactly one week, I will be in Seoul, South Korea to see the first Ozzy solo gig in quite a while. I’m super excited about it, cause I didn’t think he would do anything solo anytime soon. The whole Black Sabbath-thing has been going so well that I pretty much thought that that was going to be his main focus for another few months at least.

But when I heard that he’s putting his band back together for this gig I was so glad to hear the news that I didn’t even stop for a second to ponder whether or not I would or should go to Korea to see the gig. OF COURSE I WAS GOING! :)

I love Ozzy. There’s something so lovable about that man – as crazy as he can be, he’s genuine and his enthusiasm and big smile on stage is so contageous. He might be The Prince of Darkness to some, but to me he’s The Prince of Smiles.

I always leave his gigs with a big smile. A lot of times his vocals might not be perfect and to some, his show consists mostly of doing the “Ozzy walk“, but I love all of those things. Even that hose! I don’t know how many times I’ve been soaked in either water or foam, and I feel like a kid all over again going: “Yeah! Do that again!” It’s so liberating. 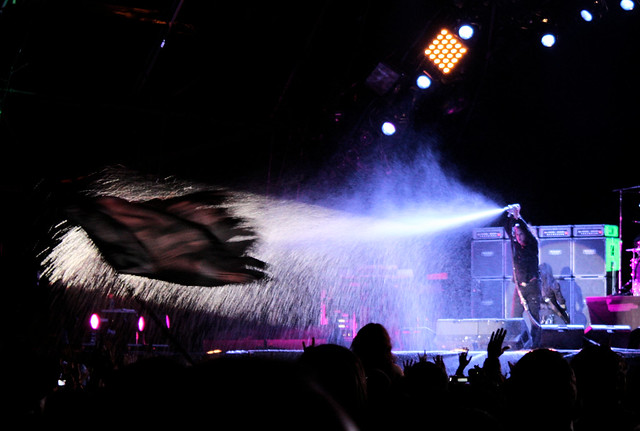 The songs are classics, and he’s never done a bad solo album EVER. Sure, different albums appeal to different people, but all in all, I can’t think of any album that has sucked. The songs are always the best. And he’s got the best people to play them too.

And of course, guitar mainman, Ozzy’s squire – Gus fuckin’ G, will be on his right side, making him sound even more brilliant.

What’s not to like? This will rock everybody’s socks off, and I can’t wait!

I have a long flight ahead of me on Thursday. About 16 hours with a landing in Dubai, and all I’ll get to see is an airport, a hotel, a gig and maybe a mall before going straight back home and back to work. I won’t even have time to get jetlagged! I think…. and hope.

When I was in Australia for the Firewind tour, I was fine for the first few days before the ‘lag kicked in, but this time I won’t even be around that long. We’ll see.

It doesn’t matter. The adrenaline will make everything else go away, I’m sure. :D

Some things simply ARE worth flying to the other side of the globe for!