You know how sometimes, when you have a secret crush on someone, you create all those wonderful fantasies in your mind, of what that person is like?
And then, one day, when you actually get to KNOW that person, and you see all their flaws, the fantasy dies right there. It was all in your mind. You created that perfect person. There ARE no perfect people, and the disappointment is very real. 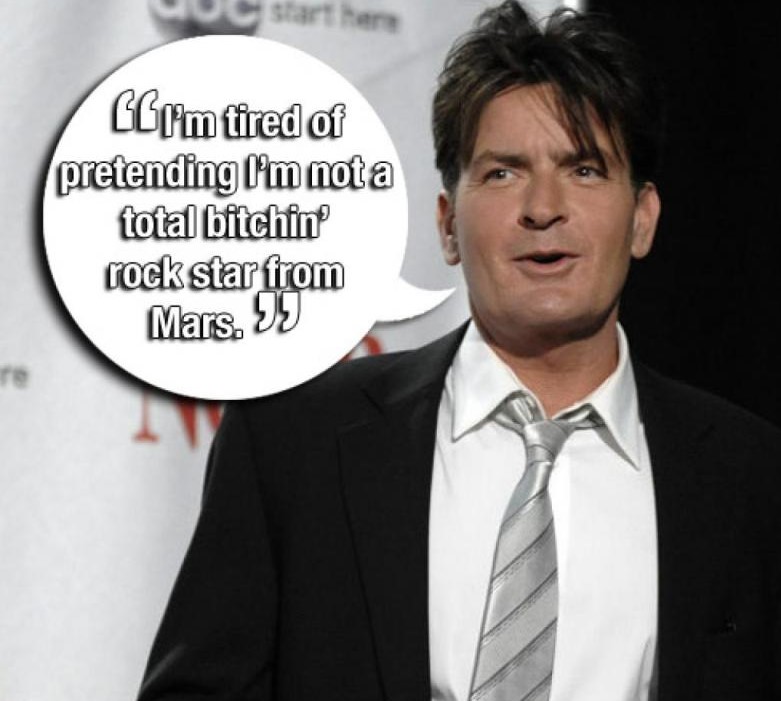 I’ve had the opportunity to get to know some of my teenage idols on a more realistic, human level, and it didn’t always go down too well.
It’s no wonder when you think about it. Because their music means a lot to you, so you think of the person who created it, as someone extraordinary.

When I was a teenager, rock stars were freaking GODS! They were larger than life, they were aliens, they were simply not regular people. Heck, I couldn’t even imagine that they went to the toilet like other human beings. They were from another planet and much like Wayne and Garth I would be like this:

So the leap from THAT to reality can be pretty harsh.

Suddenly you get to see the human side of these “gods”.
The primadonna behavior, the sad alcoholics and drug addicts who can’t even make it to the bathroom without the help of someone who drags them there, guys acting like pigs, treating women like trash, or even worse – treating their fans like trash.
Like one who shall remain nameless, who totally ignored a 10-year old boy who’d been waiting for him all day long with a poster he was hoping to get signed. There was nobody there, and the “Rock Star” didn’t as much as look at him. He walked right past him and treated the kid like he was invisible.

There was another Rock Star who I had idolized for a while, who I got to know as a friend over the years, and realized he was a whiny bastard who thought the whole world owed him something.
He accepted no flaws in other people, but expected everybody to accept and forgive him for HIS.

I was disappointed and for a while there I couldn’t even listen to his music because it had been somehow ruined by the realization of who he truly WAS. I would have been better off if I had never found out.

Same with another dude who I thought was a fantastic performer, whose records I would play over and over again… We got to know eachother well cause I was on so many tours, press conferences and interviews, it just naturally got that way.

And although I liked his personality sometimes, he could quickly and easily transform into this terrible egoistic asshole who I wanted nothing to do with.
The friendship had its ups and downs but I couldn’t stay a “fan” after that. When he was on stage he was a friend who was living his dream with his pals, the band. Not the Larger Than Life unobtainable Rock Star. Far from it.

These experiences taught me something. The Fantasy is better.

Learning this made it easier to make my own decisions on who I wanted to befriend and who I would deliberately keep at a distance as much as possible, so that I could enjoy what they and their MUSIC has meant to me, without ruining it by getting to know them. 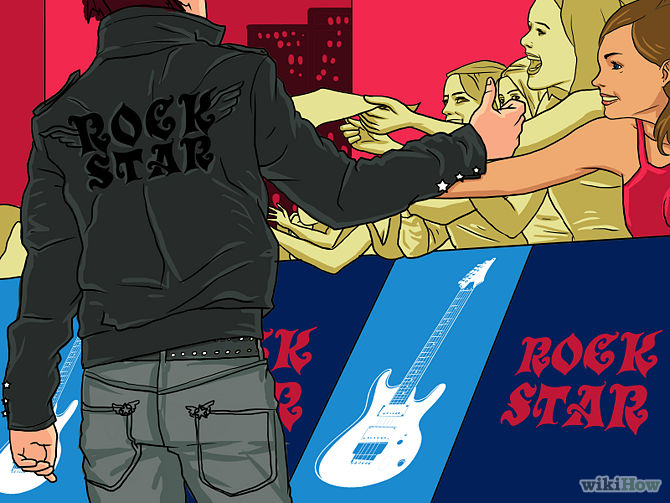 Rob Halford of Judas Priest would be one of those people. He’s the ultimate god because he and Judas Priest have meant so much in my life, it’s beyond what I could even explain. I wouldn’t be sitting here today writing about my life in the music biz, because without Priest it wouldn’t even have happened.

I’ve met Rob several times since that very first meeting back in 1990. I’ve talked to Rob on the phone many times. And I’ve been at hotels, backstage and on tour buses with Priest and with his own band Halford through the years. BUT, I’ve made sure to keep it on a very, very professional and manageable level. I didn’t want to even attempt to make friends with Rob on a level that I would consider a “real” friendship, because I want to keep him on his Metal God status forever.

It’s a conscious choice. I like Rob Halford a lot. I think he’s a great man and I have nothing bad to say about him whatsoever. I haven’t seen any bad sides of him, on the contrary, he’s been a very kind and inspiring man to talk to.

Others have been keen on telling me the “nasty details” about him, as if I wanted to hear about it. I’ve even told people NOT to tell me anything bad, if it’s truly bad, because I don’t want to know. It doesn’t bring anything I want to my life.

The way I look at it is this… Rock stars are two different people in one:
The STAGE persona – the side that the world gets to see, the person whose lyrics and music can be interpreted any way you want, and have it mean anything you need or want it to be. That’s the ROCK STAR side.

Then you have the PERSON, the human being, the one who might disappoint you because he/she doesn’t fit YOUR image of them. The person whose personality might be the exact opposite of what you see on stage. And in most cases, the stage person is NOT who you will meet once the spotlights are off.

Sometimes they’re better people in real life than they want the world to see when they’re playing the act of the Rock Star they want to be. Sometimes it’s the opposite. If you can’t handle the truth, then don’t seek it. That’s how I’ve dealt with it.

It’s not that I’m naive by any means. I know exactly how it is and somewhere in the back of my head, I also know that some of the “bad” things that people have told me about my “idols” are true – I just choose to block it out because I want the positive side of them to brighten my life. 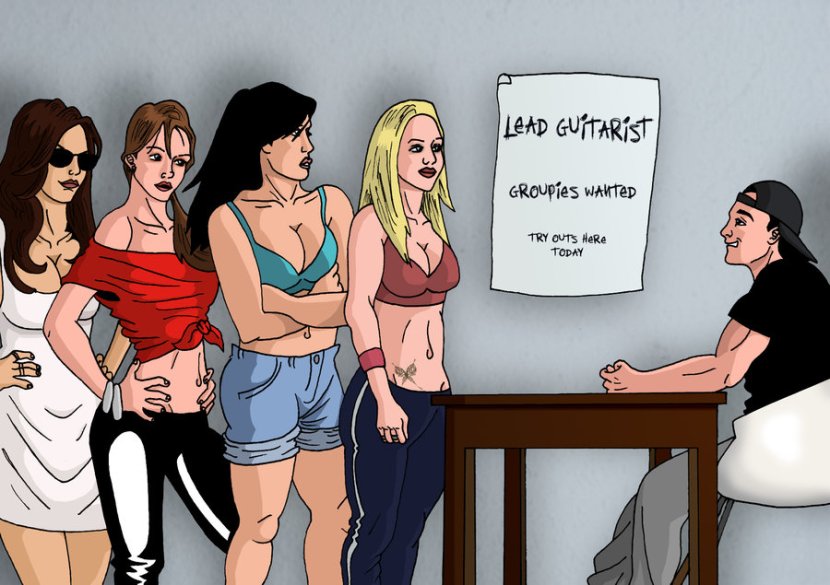 Take David Coverdale for example. I’ve heard from so many people through the years how mean he can be to people, how egoistic and unpleasant he can be. Some of the stories have shocked me, why would someone BE like that at all?
But then I shove it aside because he’s been nice to ME through the years. ALWAYS. He’s made me feel good with his music, his voice . and the way he’s treated me every time he’s seen me – whether it was at an interview, a press conference, at a hotel or in a crowd – he has always had a smile to spare and a few lovely, kind compliments. So I simply choose to love THAT David Coverdale. Not that other person that other people have been unfortunate enough to experience.

Or Lita Ford. Twenty years ago I was talking to two guys who had been on tour with her, and they had a few select stories to tell about the chick I thought was so badass. She wasn’t badass, she was simply not a person you wanted to be around, apparently.

They weren’t the only ones who were less than impressed by miss Ford, to say the least, I’ve heard it a few times, so I’m aware of that too.

However – she’s played a BIG role in my life as well, serving as an inspiration and role-model in a world that was reserved for men. NOW people can’t understand what I’m talking about, because the scene has changed so much since the early 80’s, but back THEN it was a different ball game. There was no one to show you who you could be, what you could do, what you should look like as a young, female rocker.

For a teenager who needed “guidance”, Lita Ford was the heavy metal goddess. Regardless who she was behind the scenes, what she did, who she treated badly or who she screwed – to ME she was the icon who showed that you COULD be in charge of your own destiny, you COULD be respected in a male dominated world, you could be sexy and feminine without being a stupid slutty bimbo, and you could be in metal without looking like a dude (all the other girls looked like dudes – Joan Jett, Girlschool, Rock Goddess, it was just very much jeans and t-shirts, whereas Lita walked around in high heels and fishnet stockings. Somehow that appealed more to me than the “dude style”).

When I finally met her, for that interview in Malmo a few years ago (I was happy to find a pic of that meeting in her biography recenty!) she was just the way I imagined her and I could relate to so many things she said. The IDEA of her, and MY experience of her in REALITY was the same.

That doesn’t mean that she isn’t a pain in the butt to deal with, like some have mentioned, maybe she is. But again, I have no reason to focus on that aspect, I make a choice when I want to – to see the side of her that works in my life and serves as the inspiration she’s always been and continues to be.

It is what it is. But one thing is for sure. The FANTASY is always better than reality. Cherish it. :)