The past few days, I’ve encountered the same reaction from different people – for the exact same thing.

In the summer, the general conversation opener is: “So, when are you going on vacation?”
That usually implies a beach holiday or working on your house or something. And most of all, it usually means “taking time off all at once”.

I haven’t had a traditional vacation in years. It usually bores the hell out of me.
Instead, I use my vacation days, a total of 32 days here in Denmark, and I spread them out over the year, for CONCERTS.

I travel all over the world for gigs. It’s the essence of LIFE to me, I absolutely love it.

I’ve always traveled alone, because most people I’ve met in my life don’t share the same passion quite on the same level, but since late 2016 I’ve shared this passion with a kindred spirit, a guy from Brazil, living in Germany.

The memories from the trips, good and bad, are invaluable.
The wonderful places we’ve been to, the people we’ve met, the things we’ve learned – those are memories for LIFE – and I wouldn’t have it ANY other way.

Paul McCartney started announcing new European tour dates recently – and we immediately decided that we would try to do as many of those as possible.
I get excited like a little KID, it never gets old.

So, we decided to dedicate December for sir Paul.

I’ve loved The Beatles since I was a little girl. Back then it wasn’t cool to like some “old dudes” from the 60’s and my class mates thought I was weird for not being into any contemporary artists.

But my love for Beatles’ music was like being infatuated. It generated a kind of high that has lasted a lifetime.
I love Paul McCartney as much as I ever did. His music is the soundtrack of my life.

I mentioned my travel plans to a colleague one morning. She just sat there for a few seconds with her mouth wide open and raised eyebrows before she said:

– But… Doesn’t he play the SAME SONGS?
– Yeah, pretty much, I replied.
– But… Isn’t it enough to see that ONCE? Why would you want to see that over and over again??

Here we go again.
I’ve heard that before. Same reaction. Same question. Same facial expression. And I already know that there’s very little point trying to explain to someone who lives on a different planet than me, why I love it so much. She wouldn’t understand.
There is only one way to understand it – and that is to actually BE there.

The the indescribable feeling of being in a huge stadium somewhere in South America or Japan (or ANYWHERE), with thousands of like-minded strangers that just became family…. seeing thousands of lights from mobiles and lighters swinging back and forth to a deafening ‘na-na-na-na-na-na-naaa’ that’s sounding over the stadium from thousands of voices.
Voices of people who all feel the same love for the music and the artists. That’s powerful stuff. 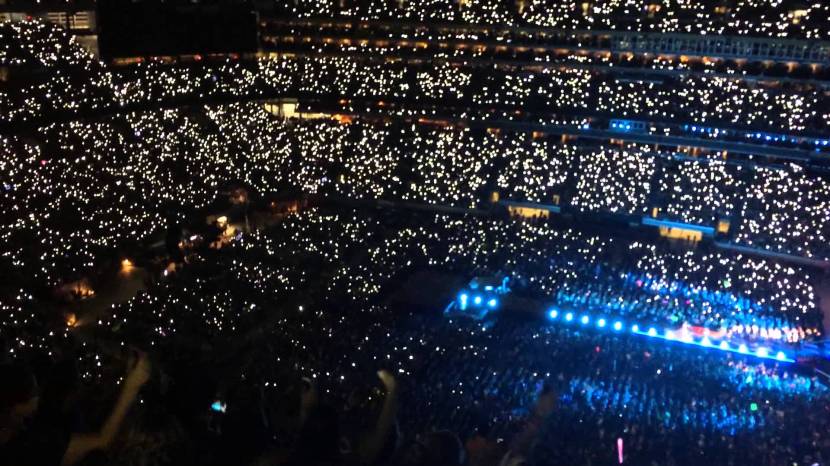 Songs that bring out emotions and memories like nothing else can. There’s that one song that gets me every time. Whenever Paul plays “Here Today”, the song he wrote for John, I struggle not to cry. I always fail.

Nothing else in life does that for me. The roller-coaster of emotions is beyond anything. The greatness of the experience, the kicks, the smiles it generates, it’s just amazing and I wouldn’t trade it for anything.

Different artists do different things. Going to a Megadeth-gig for instance, is liberating. There’s so much testosterone aggression there, so much anger and frustration, but at the same time it has a soul.
The loud, hard, and heavy music – and the crazy, wild crowd, is like a cleansing of the soul. Whatever frustrations you might have had when you walked in – will be gone by the time you leave. 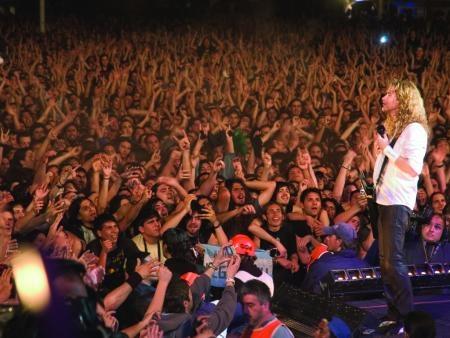 Going to a concert means that you’re leaving all your daily worries and troubles at the door.
And if you don’t have any, your already good life will feel even greater.
You simply can’t lose.

And then someone asks you “why would you want to see the same songs being performed over and over”…
Yeah.
If they only knew what they’re missing out on.