Yesterday marked exactly 4 months since Andy Pierce (Nasty Idols) passed away. It left us all in shock and many of his friends felt that they wanted to do something to pay tribute to him. My first thought was to arrange a gala concert. A few of my friends decided to record a song for him, and that was finalized yesterday.

Shortly before Andy passed away, his band (and his “baby”) Nasty Idols had gone through some major changes.

Two of the members that had been around the longest, bassist Dick Qwarfort and guitarist Peter Espinoza, had left the band. Two tours had been cancelled and it looked like it was the end of Nasty Idols. But Andy wasn’t ready to throw in the towel, so he formed a new Nasty Idols with long time friend Stefan “Zoak” Nordeng on bass and young guitarist Joensson. The new version of the band had just started recording two promo videos and were in the middle of planning for the future, when Andy was found dead on December 5, 2013…

The tribute that was recorded, is with the members of the band that he chose, who never got the chance to record anything together – but this is as close as it gets to hearing what they would have sounded like.

Some of the people who used to be in Andy’s closest circle of friends, gathered in the studio to remember Andy and just share memories. I’m really glad that I was invited as well, as he’s been a friend for many, many years.

The studio gathering wasn’t a sad evening, that’s not what Andy was about. He was all about jokes, having a good time, having fun. His spirit was with us as we recorded and mixed this song and I think he would have said that it wasn’t too shabby. Not as good as if HE would have done it himself of course, but it will do. :-)

I’m also glad that I got to reconnect with Iréne, who sings the lead vocals on this tribute. She used to sing with the first and only all-female rock band in Malmo back in the day, Modesty Blaise, and I somehow ended up managing the girls. My first tour experiences were with those girls – I just remember the great times we had back then. When Modesty Blaise split up, we lost touch and I haven’t seen Iréne for years. 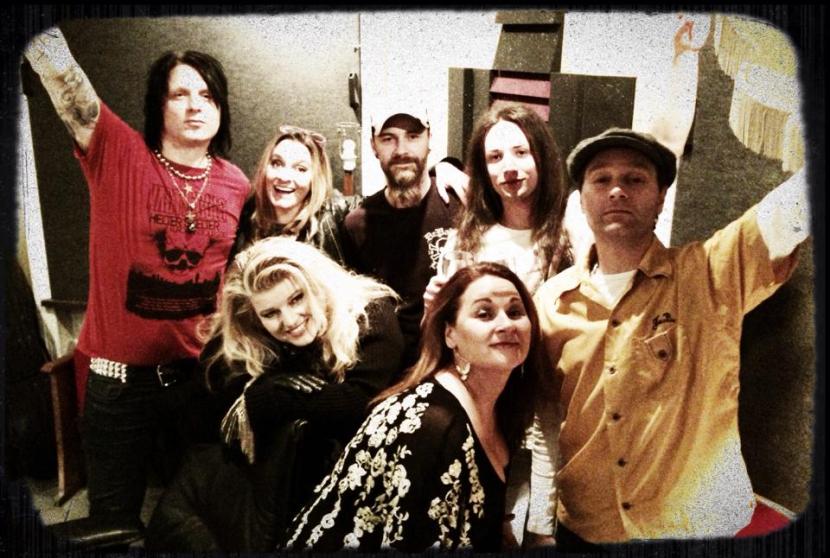 So something good comes out of everything. Her and I reconnected, I got in touch with lots of people that I haven’t seen since the early 90’s through Facebook, got to know new people and shared a few laughs while hanging in the studio finishing this old Nasty Idols classic.

It was all done with respect. Nobody was there to try to boost themselves, which is often the case with musicians. It was a good cause and a good thought behind it, which is why it feels so right to have been a part of it.

The song is for free, but if you want, feel free to donate to the Swedish heart & lung foundation.

We raise our glasses for you Andy – wherever you are – this one is for you: